3 Things My £150 Million Client Attributes To His Success. 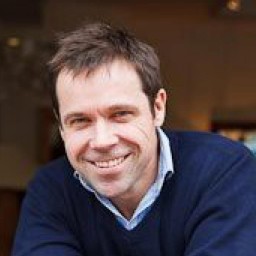 When I was business coaching, I often asked clients what the single biggest cost in their business was.

In 8 years, only one entrepreneur gave me the answer I was looking for...

This same entrepreneur had sold his previous business for £70 Million and when I first worked with him, was on his way to creating - from scratch and with almost no capital invested - what he turned into an even more valuable enterprise!

I was honoured to be asked to help him on the journey to his second exit and we've since stayed in touch.

On a catch up call yesterday I asked him “what 3 things he attributed most to his success?"

He swiftly reeled off 5 ’things’ which I asked if I could share with you here as 'food for thinking'....

These were his answers:-

1. The love and support of my wife and family.

2. Talented, capable and valued team members who were emotionally invested in the vision.

3. Every business decision I ever make, no matter what it is, is set in the context of the vision. Always, every time, no exceptions.

4. Creating a belief system aligned with my goals and which included only having to work 30 hours a week.

In giving me his answers, I was humbled to be credited with having helped him with 2 of the 5 things but what was most impactful was when he told me why he'd prioritised these 5 things over others...

"My awareness of the size and scale of "opportunity cost".

Putting aside the fact that opportunity cost is invariably the biggest cost in any business, the other big problem with it is that it's hidden from view.

It doesn't appear on the P&L or on the Balance Sheet or any Strategy Plan but it's there nonetheless.

So where do you find it?

The place to find it is in our conscious and subconscious beliefs and assumptions.

The reason being that these that are dictating 955 of what we think and then either do or don't do..... which in turn dictates our results!

So it's worth stopping to consider why we actually believe what we believe.

Or why we continue to do what we do versus what we know we could, should or want to be doing?

What's the true size of your opportunity cost?

For example, what if you created a belief that you could achieve your goals in 1 year instead of 3, 5 or 10?

What if you believed it was easy and not hard?

What would you do with all the time and money freedom?

Want to know more? Check out these articles

How To Make Habit Change Easy.

How To Make Habit Change Easy.

Because We’re All In Sales

Because We’re All In Sales

Please log in again. The login page will open in a new tab. After logging in you can close it and return to this page.